If the Mediterranean sea can offer good game fish, it ain't always easy to catch something. I ventured out with the boat and had a great day fly-fishing with poppers.

The Devil's Advocate is a sub surface fly that create enough turbolence in the water to be noticed by any prowler in the surroundings. The pattern design is based on a classic tarpon fly, which will work great for pike and bass too.

I had planned to test some new tuna streamers and living far from the sea the big river was best test bed. It ended up, that without any expectation than to cast some flies, I caught a unforeseen species on the fly.

BUG OF THE WEEK 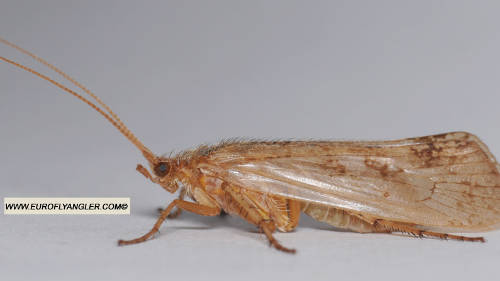 One single license that gives the right for fishing a lake and its tail water. Internet rumors that report of trout and hatches. With rain-swollen rivers, it is enough to get us going.

Marko tells us about a small and beatiful river in central Croatia. A little gem that rises from a chalk downland tunnel so deep that could not be entirely explored. The stream runs for only 3 km before flowing into the Dobra.

A well known pattern that requires no introduction. In this particular version I wanted to include that shiny look that grains of the sand have.

During fall 2021 thirty tons of dead fish were washed ashore in the inner lagoons of the island Rügen and according to local sources another fish death happened in early 2022. We have been there for the pike season opening to see what's up with Rügen!

The Atlantic ocean is rich of European bass. Fly fishing at the mouth of river Aljezur offers good chances to catch some.

When the Asp is in surface frenzy there is nothing more deadly than the ASP-IRE streamer. Here its recipe is revealed.

Nano nymphs definition, need for nano-nymphs, tying materials and how to use them.

The lakes plateau in the nord of Germany is a paradise for belly boaters. Most of the natural lakes are connected to each other via channels and with good muscles one can fish more ponds in the same day.

A visit to the Gacka

The Gacka river is a legend, after the Balcan war in the 90's and its decline, it is gaining back its reputation

ASP! On the fly

The Asp is most of the time an elusive ghost. But when the day comes, it is a day you will remember for a long time.